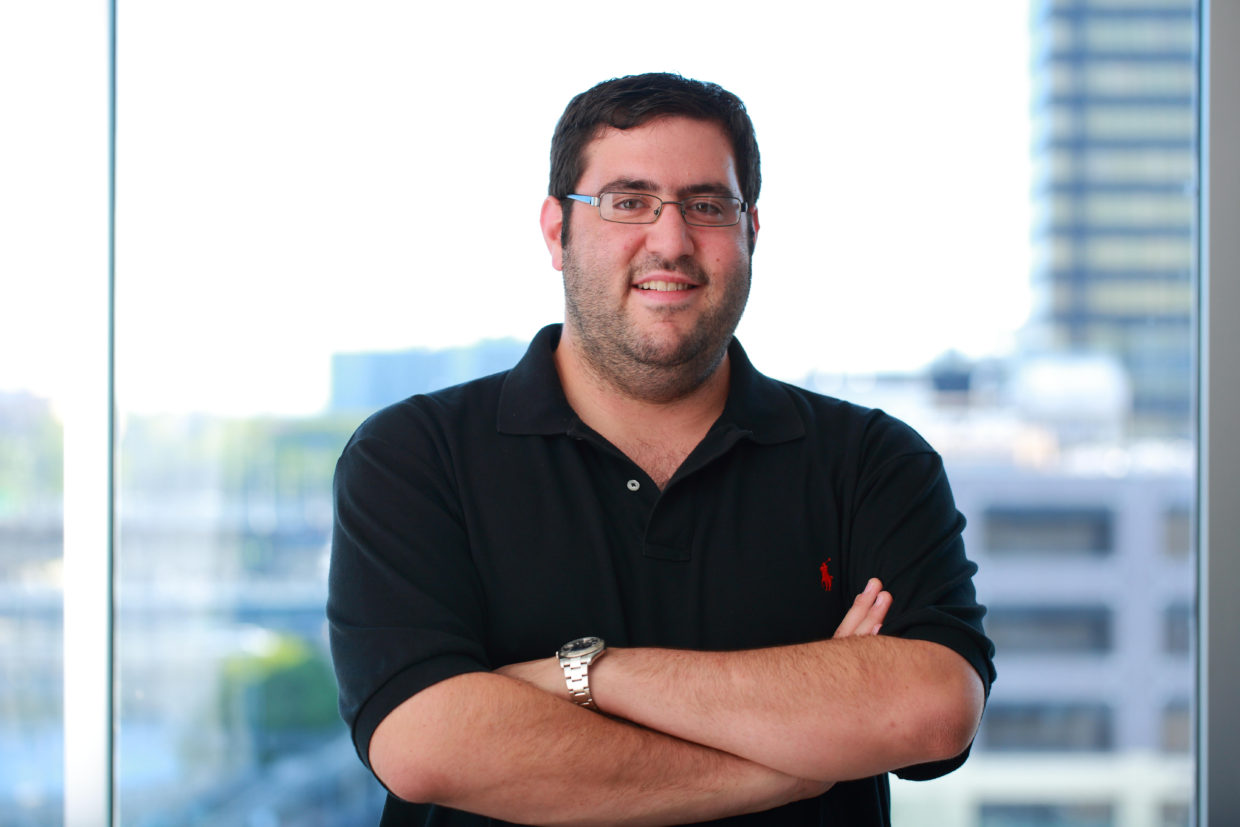 The first company entrepreneur/investor Steven Finn started at age 20 as a Wharton School undergrad was certainly ahead of its time in 2007.

“On the surface, it was a great idea, and at the time that was enough for me to dive in and create it, but I wasn’t even a customer,” Finn recalls of the two-year venture. “I really didn’t want to use my neighbor’s lawnmower.”

Finn vowed the next time around he would start a company that did something he was personally passionate about. That meant there was going to be food involved. Finn’s love of cooking — his barbecue is seriously good — led to co-founding catering service LocalStove with fellow Wharton alum Greg Dubin. LocalStove, which connected independent chefs with hungry offices and communities, provided a ton of value and had even more fun, growing alongside the tech scene in Philadelphia. The Philly Startup Leaders accelerator graduate courted local investors but found a sweet deal with fast-rising, Virginia-based food tech startup Hungry, which acquired LocalStove for an undisclosed sum in 2018.

More than a decade since his first company, Finn has planted his food and investment flag in Philadelphia, from where the father of 3 is involved in more than 20 food companies as an advisor, investor or board member. Finn has a B.S. in Economics, Operations and Information Management and an MBA (Entrepreneurial Management) from Wharton, plus a Masters in Computer Science (MCIT) from UPenn.

What did it take to see through your successful exit from LocalStove?

I had written every line of code (so I had to work with the tech team). I was the sole full-time engineer. Then I started working with my dad in what is essentially a multi-family investment office. He had a long career on Wall Street mostly with Credit Suisse, retired, and then started making personal investments. Getting out of LocalStove timed out with some of the food investments he was looking at. So I’ve been working with him for the last year and a half as his food and tech guy.

We know you’re passionate about cooking food. What made you want to start investing in food?

The things that bring me to food, and consumer packaged goods (CPG) — it’s super interesting relative to other stuff I’ve had the opportunity to invest in. It’s very different because there is not a lot of early-stage capital available. The rounds aren’t very big. You don’t have to be institutional VC throwing around $10 million checks to make your presence felt. You can be a significant player in CPG with significantly less money. Because there’s no money available in the space, there’s not a lot of competition and valuations are within reason. There’s not a Y-Combinator for food, even if some of these accelerators think they are. You’ve got to prove yourself in this business. There’s not a lot of smoke and mirrors.

Where does the real value lie in the CPG space?

With food and CPG in particular, these companies are outsourcing most every major activity they do. I can see a CPG sell more than $1 million and it’s a team of one who has an outsourced sales team, office, etc. The reason for that is it is a space building for early to mid acquisition, or 9-digit acquisition, by a giant CPG company, and those guys don’t innovate anymore because it’s more expensive to innovate and fuck it up then acquire companies that are working. That’s an interesting dynamic, being able to outsource and create chokepoints. I work regularly with Melissa Facchina, her company Siddhi Shot runs full backend operations of 30+ different food brands. She knows what works and what doesn’t. Within that portfolio [of 34] she can see what’s happening at any given time. Having a relationship with people like her, and others, is an unfair advantage. Peter and Grovara are just another chokepoint like Melissa is. The more of those I can get in bed with, the better. (Grovara Co-Founder & CEO) Peter (Groverman), like Melissa, for me has been a source of deal flow already, but on top of that he’s a value add to the rest of our portfolio. I can flip a switch and go global.

What drew your interest in Grovara?

I knew Peter from being in food tech in Philly. I invested in a totally different company way outside of food space and that company lawyer, Mike Crossey, connected me with Grovara.

What can you say about Grovara’s long and winding path to disruption in the wellness space?

I’m a software engineer and built all of LocalStove myself. I understand the technical challenges, understand what it’s like to talk to entrepreneurs without technical experience. It’s a challenge. It’s tough to deal with technology in non-tech industries. (Grovara) is doing two things and it’s a really interesting place for them to sit.

Technology should only be built when Excel is frustrating. Too much tech is built because it’s a good idea, not because of a hardcore need. (Grovara) proved a hardcore need. I think technology is the easy part to layer on to it. If there was no technology, Grovara would still be a business. It’s really a tech-enabled business. Grovara started the company at the wrong time by six years, but they put in that time and now they’re leaders in this space. They finally made it.

What would you like to see happen with Grovara in the near term?

I’d like to see buyers from multiple countries and multiple supermarket chains interface with multiple CPG brands. The interesting thing about this space is I believe that in five years the grocery store will be completely different. This change is moving faster than most every aspect of day-to-day life. The whole rising middle class globally will accelerate that change elsewhere, and American brands will play a big role globally.

What other trends do you see in food/CPG investment?

A lot of food investment and entrepreneurship comes truly from an abnormal place of impact, to save the world, and that’s great. But it’s not necessarily enough for investors looking at it in terms of financial returns. Career investors are starting to notice this is a really interesting space and will normalize it. Plant-based analogs are everything today. And it’s really Beyond Meat, which was a stock market hit. Beyond that Impossible Burger is a genuine sales hit at Burger King and Dunkin is selling a ton of Beyond Sausage. None of it is actually good for you. So this is a transitional step to two outcomes. Plant-based protein will be cleaner label. It’s how society stomachs the change and the next wave of plant-based analog will be slightly less like meat but healthier and cheaper. I see those now — No Evil Foods with BBQ, Abbott’s Butcher doing plant-based chorizo and ground beef. That kind of stuff is going to increase over the next couple of years, with the combination of the plant-based and cleaner label waves.