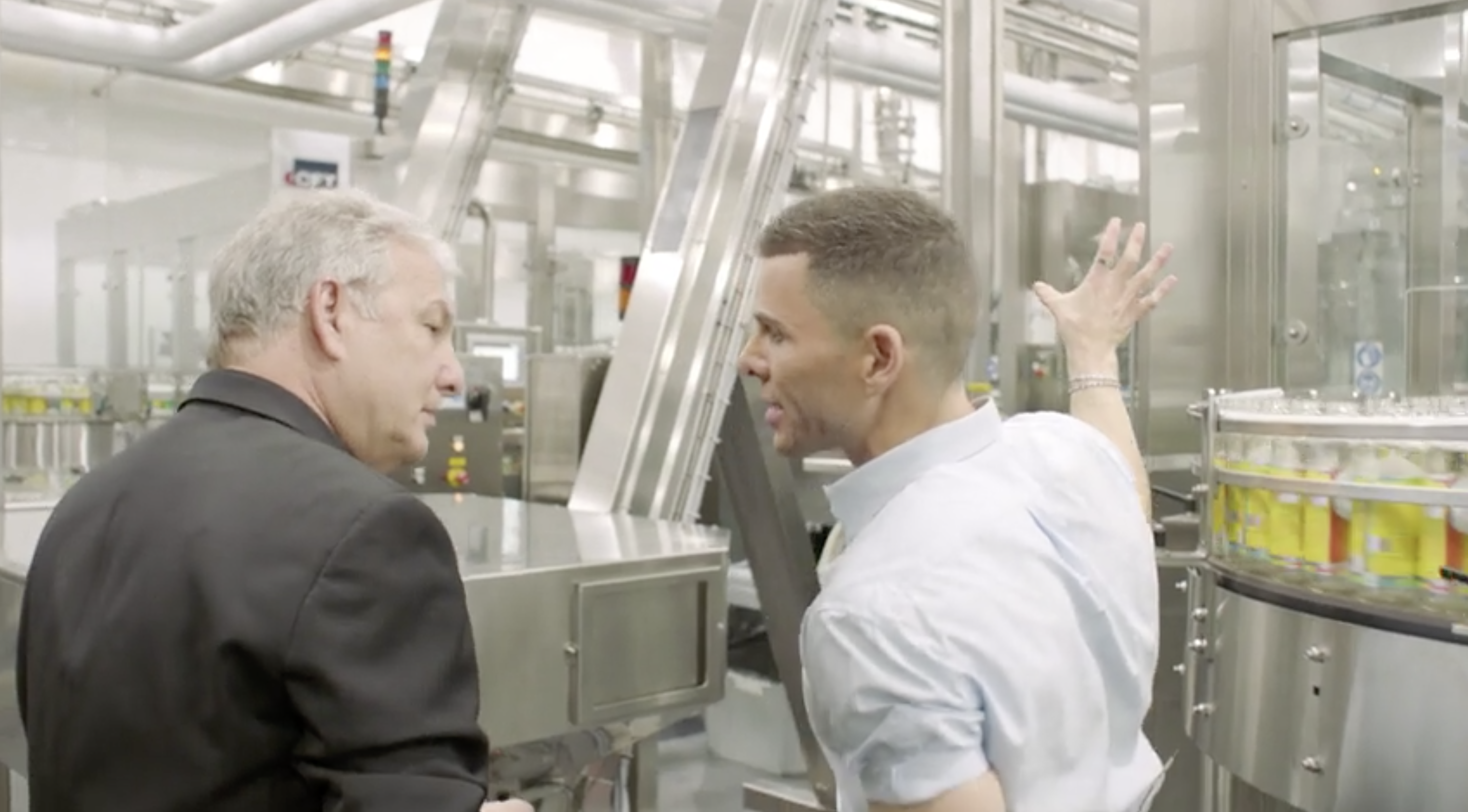 GrovaraTV Launching With How-It’s-Made Program ‘Behind the Wrapper,’ GT’s Kombucha Featured in Trailer

Since we first started introducing GT’s Kombucha to overseas markets in 2016, Grovara has had a front row seat for the amazing operation and products that Founder and CEO, GT Dave (above, right), has built through his company, GT’s Living Foods. GT’s Living Foods is the largest and most sought-after producer of the #1 best-selling kombucha in the world and created the kombucha category in the commercial U.S. over 25 years ago.

We got to know Dave’s one-of-a-kind passion, hustle, and genius as we brought his kombucha to Iceland, the U.K., and Central America. Now, we’re bringing the GT’s story — and the stories of dozens of America’s most inspiring natural and organic food and beverage brands — to an even wider audience and in a beautifully-produced series.

GT’s will be featured in the first episode of Grovara.TV’s flagship program, Behind the Wrapper. Hosted by Marc Summers (above, left), popularly known for his work on Food Network and Nickelodeon, Behind the Wrapper is the first how-it’s-made series for American-made natural and organic products.

Grovara.tv content is part of a larger marketing initiative that supports our global expansion on the heels of our $5.5 million seed round financing. Mona Bijoor, investor and founder of the first B2B marketplace for the fashion industry, recently joined Grovara’s Advisory Board and will work closely with Summers and the Grovara.tv team on the project. Last year Bijoor launched HolyTV, an inclusive community platform for spiritual connection.

“GrovaraTV will showcase the most innovative natural and organic food and beverage manufacturers from America to retailers around the world,” says Bijoor. “The authority and market leadership of Grovara provides American brands with wide reach and GrovaraTV allows brands to share their heritage and brand story in a meaningful and impactful way.”

Your brand can be featured on an upcoming edition of Behind the Wrapper!

Just fill in the details below and let us know why Grovara should take the world Behind the Wrapper of your products.