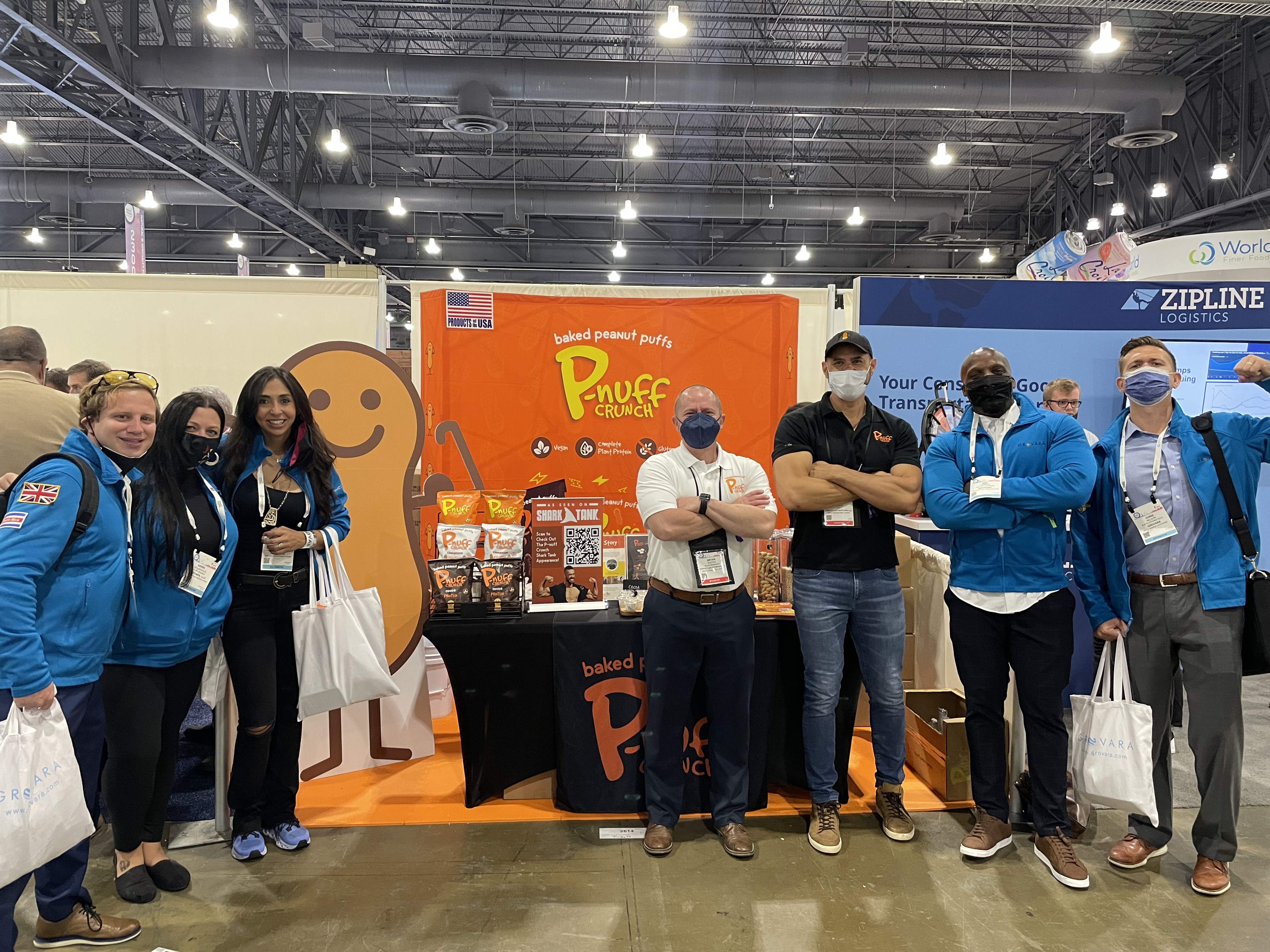 There are not too many people who have flexed on Shark Tank and survived to earn a deal.

Dr. Juan Salinas is one of those impressive few. After famously ripping off a lab coat last year to show off a ripped physique from decades of healthy eating and exercise and that the product he created, Pnuff, is a highly nutritious snack food, Salinas earned a $400,000 investment from billionaire entrepreneur Mark Cuban in exchange for 25% of the company.

“I loved it … I wanted more,” said Cuban of his first encounter with Pnuff during the Shark Tank segment before making a deal. Cuban shared that his wife had purchased the snack and after a hungry Cuban scarfed them down, she couldn’t find Pnuff locally again.

“Working with Mark has been great,” says Salinas, who grew up in Honduras and spent more than two decades working for major U.S. food brands. He has a PhD in Food Science from Rutgers University. “Mark has provided lots of help, especially on marketing. He is helping us lead a rebrand, which is sure to elevate growth.”

Pnuff is a truly unique product — it’s the only baked puff snack made from peanuts, navy beans, and rice, providing healthy and delicious servings of protein, fiber, and energy. Pnuff is gluten-free, vegan, and non-GMO and there are no added flavors or preservatives, proving guilt-free snacking is alive and well. With plant-based growth poised to continue thanks to the surging appetite of investors and consumers, Pnuff is well-positioned for success.

The brand’s differentiation is a big reason it has doubled sales every year since Salinas started the company in 2015. In 2019, Pnuff’s international sales made up 80% of its revenue. Selling overseas represents a major opportunity for Pnuff, which is a big reason why Salinas brought Pnuff onto Grovara’s global online marketplace earlier this fall.

“One of the biggest challenges we have with international business is dealing with all the paperwork to be able to sell in a different country and making the initial and continued connection with prospect buyers,” says Salinas. “Grovara facilitates this and helps us with introductions with potential new international buyers.”

Growing up, Salinas was a competitive swimmer and he started lifting weights seriously in college. His interest in sports nutrition grew as he wanted to better understand how food could improve his performance in sports and for aesthetics. After launching Pnuff in West Orange, N.J., he built his own production facility in New York and it wasn’t long before he made his big splash on Shark Tank.

Pnuff is currently available in Roasted Peanut, Cocoa, and Cinnamon flavors. Salinas says the company is working on adding new savory and salty flavors and introducing new sizes and pack offerings. He expects these to start rolling out sometime in Q1 2022.

“Grovara is excited to have Pnuff in our catalog and help win the brand more overseas sales,” says Grovara Vice President for Brand Management and Operations Kerri McLaughlin.