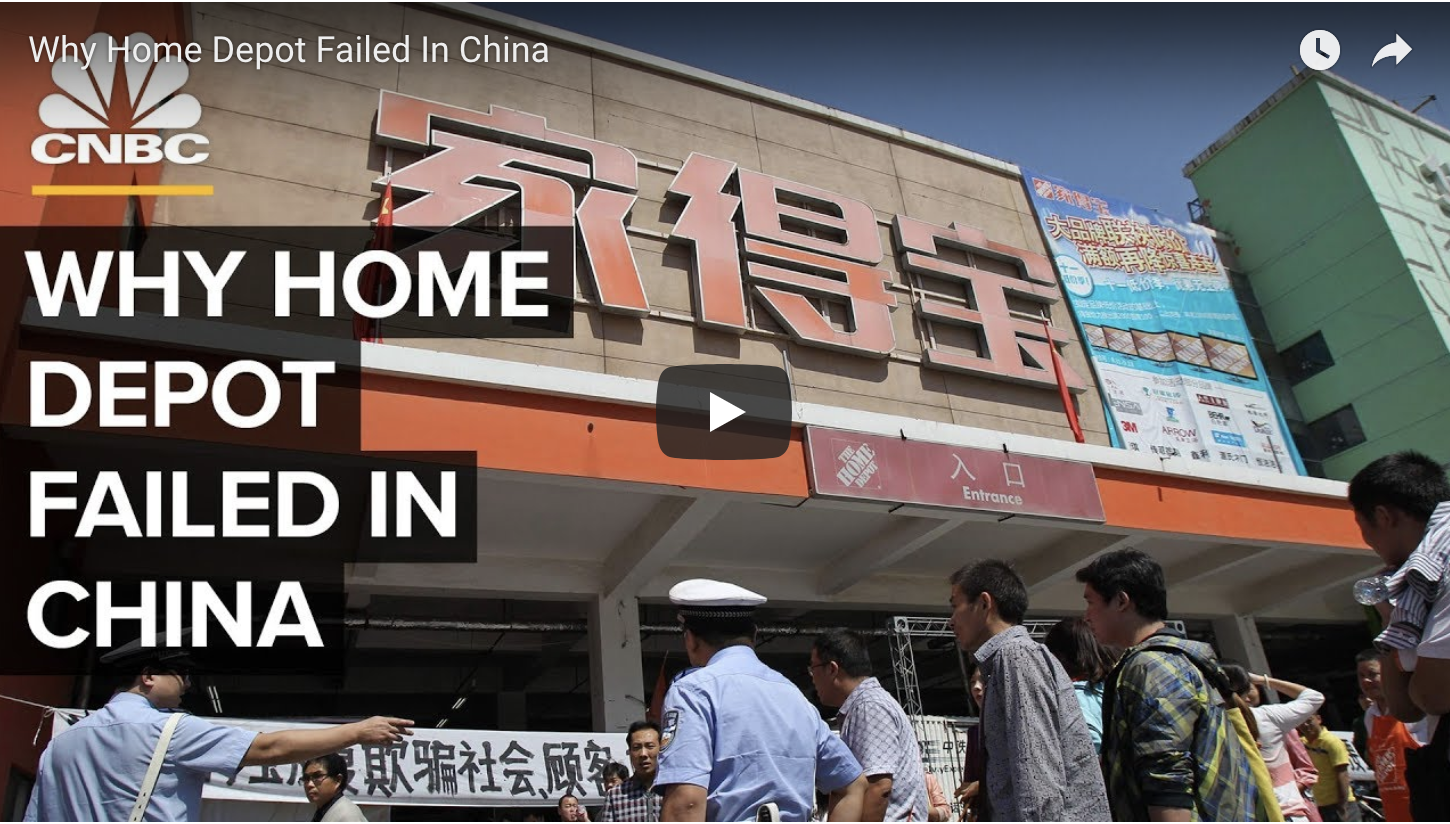 Why Home Depot Failed In China

Home Depot bought Home Way, a Chinese home improvement company, in 2006. The acquisition marked the first time Home Depot had expanded beyond North America. With a booming economy and strong real estate market, China seemed like an easy win for Home Depot. Within six years, the company had closed all its stores in China.

In the 1990s, the Chinese government loosened regulations on the housing market, allowing its 1.2 billion citizens to own private homes for the first time since the Communist revolution in 1949. Home improvement and furniture companies like Sweden’s IKEA and the U.K.’s B&Q rushed to meet the need. In 2006, Home Depot bought the Chinese home improvement company Home Way, giving them 12 stores in the country.

With its booming economy and strong real estate market, China seemed like it would be an easy win for America’s home improvement giant. But by 2012, Home Depot closed the last seven of its 12 original stores. The company doesn’t break out sales data by country, but data from Euromonitor shows that China only accounted for about .3% of Home Depot’s annual net sales. Analysts say that Home Depot failed to do its homework on the Chinese market, missing the mark on consumer needs and culture.