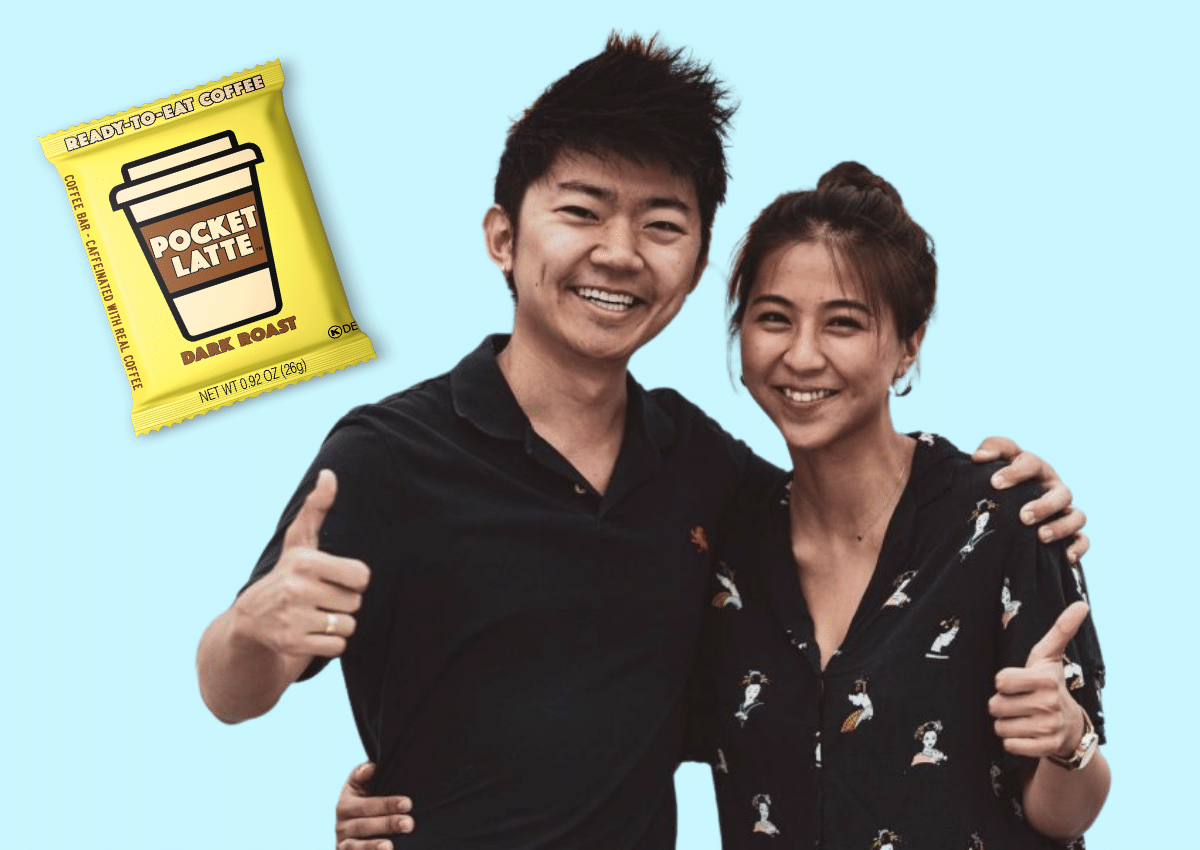 Serial entrepreneur Chris Young has founded several companies, but it’s the latest one that seems to have developed the most roots.

Pocket Latte, the alt-coffee chocolate product he developed, has basically invented a new category. It has also created a pathway for Young to give back to his co-founder mother, who raised two kids by herself while learning English and juggling several jobs.

“It was always my goal to give her another shot at freely pursuing her artistic passion, so that’s how this came to be,” says Young. “Pocket Latte combines my love for coffee and her quest for creativity.”

With Pocket Latte, Young and his co-founder mother have also created a buzz with a confectionary product that tastes like coffee and provides the same health and productivity benefits in a regular cup of Joe. The brand’s growth has been staggering, with a 128% increase in year-over-year sales through January.

“I always say my mother is the reason that Pocket Latte exists,” says Young. “She raised me with all the cards against her, yet she never gave up.”

A colleague introduced Young to the idea for Pocket Latte with a homemade recreation of a product called coffee pixels. It was essentially a chocolate bar mixed with coffee beans. So after some digging around at Trader Joes and online, Young found dozens of chocolate bar brands that have coffee beans mixed in or sprinkled on.

“That’s when it hit me that we could pioneer a new breakthrough category that uses both the brewed coffee and roasted beans to make a functional confectionery that actually tastes like your morning cup of coffee!” says Young.

Pocket Latte is the first true coffee chocolate product that’s naturally caffeinated with 100% arabica coffee. One Pocket Latte bar equals the caffeine content of one cup of coffee, and the product is Non-GMO Project verified, Kosher certified, vegan, gluten-free, soy-free, and responsibly sourced. The product comes in four flavors: Dark Roast, Cream + Sugar, Hazelnut, and Lavender Vanilla, and all four were recently made available for international distribution on the Grovara global wholesale marketplace for American better-for-you food and beverage brands.

“Synthetic caffeine metabolizes faster, causing a rapid spike followed by a crash,” says Young. “This is the reason why many people associate negative side effects with energy products.

“Pocket Latte is natural caffeine from Mother Nature’s own coffee, and we suspend it in a high-grade fat to slow metabolism. The result is a smooth energy boost that makes you feel awake, not caffeinated.”

Being a family-led operation also helps Pocket Latte keep its own “personal north star” for branding, holding its mission front and center in everything the company does. Pocket Latte’s #Wakeup Initiative is a zero-profit effort to provide support for disadvantaged single moms who are walking the same path as Young’s mother did. Pocket Latte is also empowering women in the workforce by providing them with a clean energy product that fits their lifestyles, rather than the hyper-masculine branding surrounding the majority of energy products.

In the coming months, Pocket Latte will roll out a new Oat Milk Latte bar as it continues to win over new fans with its family-driven, sustained energy-giving chocolates.

“We have strong support from customers of all ages, regions, interests, professions, and genders – anyone who can benefit from a delicious snack that also gives a steady energy boost,” says Young. “We have a strong following from people who are usually sensitive to caffeine, because Pocket Latte is a jitter-free, sustained boost.”